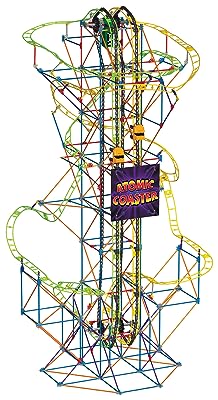 Here is today’s Amazon Toy Lightning Deals preview! A lot of these deals will go quick, so be sure to visit the Lightning Deals page now see which ones you may be interested in getting. I’ll be posting the best ones I see directly to the Surviving The Stores Facebook page so be sure to Like us if you have not already.

With most Amazon toy deals shipping is free on orders over $35 or free 2-day shipping with Amazon Prime (free 30 day trial available). For some lightning deals Prime members get access to deals 30 minutes before everyone else, so you may want to sign up for the free trial of Prime if you have not already.

You can find a preview of today’s Amazon Lightning Deals HERE and see today’s BEST Deals on Amazon for gifts for everyone in the family. Plus, be sure to check out our list of the Top Amazon Toy Deals that we post daily with the best toy deals we see that day on Amazon! (scroll down if it’s not at the top of the page)

Here are some of the lightning deals that will be available today: (all times below are Eastern Time)

More in To Delete

Amazon Toy Deals Below are some of the best Amazon toy deals that I am seeing today. With most Amazon...